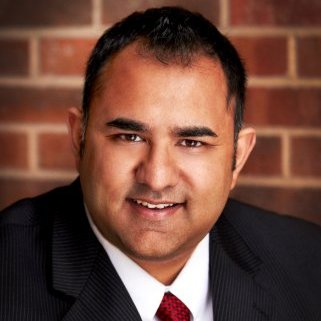 Ahsan Latif is the President of the Crescent Peace Society, an interfaith non-profit based in Overland Park, Kansas, that works to promote dialogue between Muslims and members of other faith communities or those of no faith affiliation.  Ahsan also serves as Vice President of the Board of the Lawrence Community Shelter, the only emergency homeless shelter serving Lawrence and Douglas County, Kansas.  Ahsan is employed as a Litigation Counsel for the Kansas Corporation Commission where he regulates utilities and motor carriers in Kansas. 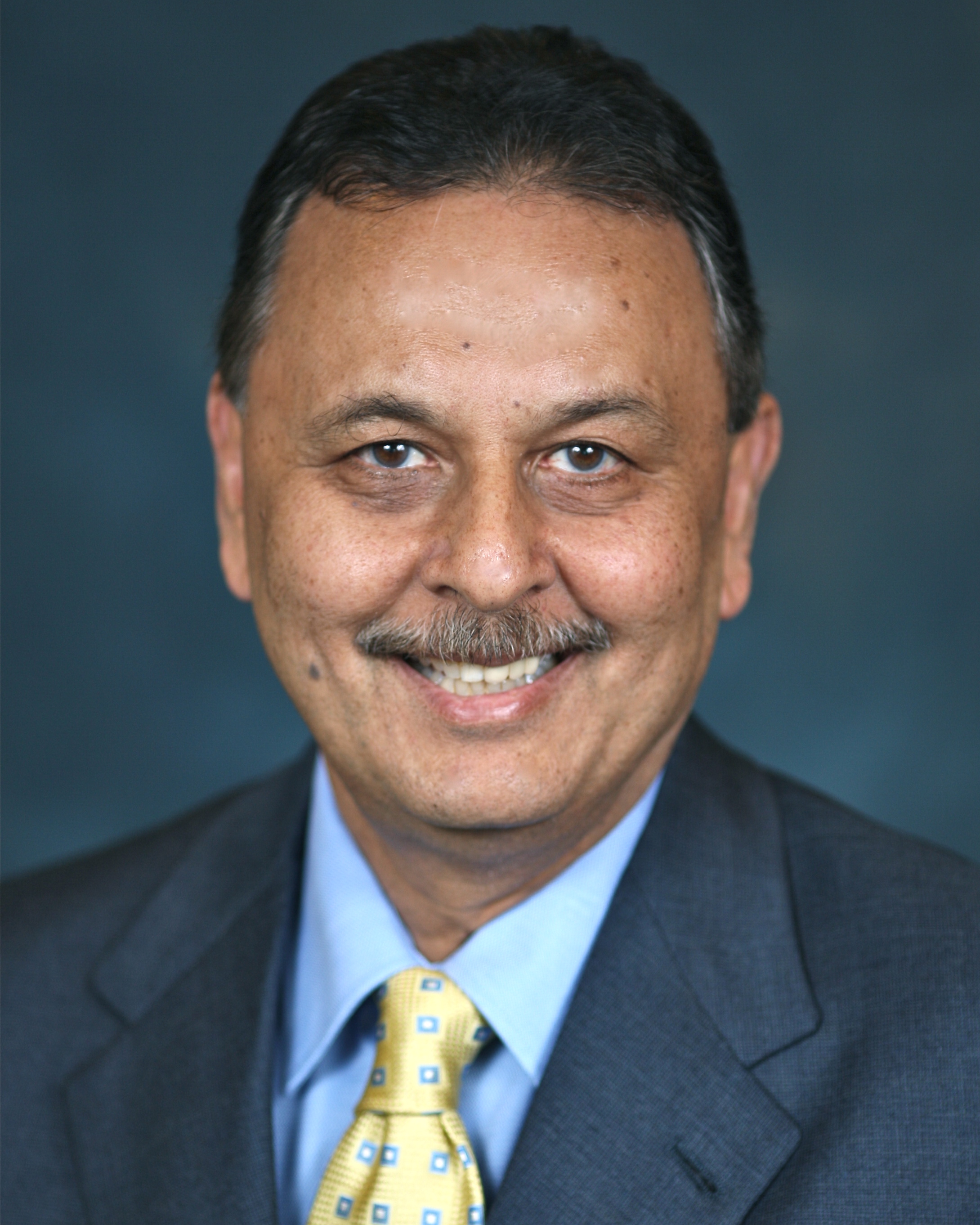 Akhtar "Art" Chaudry is a member of the Kansas City regional chapter of the Muslim Jewish Advisory Council and a founding member of the Heartland Muslim Council. Akhtar has a long resume of public service in the Kansas City area, previously serving as President/CEO of Swope Community Builders, Chief Administrative Officer for Jackson County, Missouri, and Executive Vice President and CFO of Union Station. His interest in public service is based on a firm belief in being engaged and giving back to his community. Although recently retired he serves on a number of local Boards, all related to improving the local community.

His illustrious business career included stints in senior management positions with H&R Block Kansas City Royals Baseball Club, Hoescht Marion Roussel and Johnson & Johnson. Akhtar was the first member of his family to immigrate to the United States in 1969 after growing up in Kenya.

Akhtar earned his Bachelor of Science in Civil Engineering from the University of Illinois in Champaign-Urbana. He holds an M.B.A. from Loyola University of Chicago. 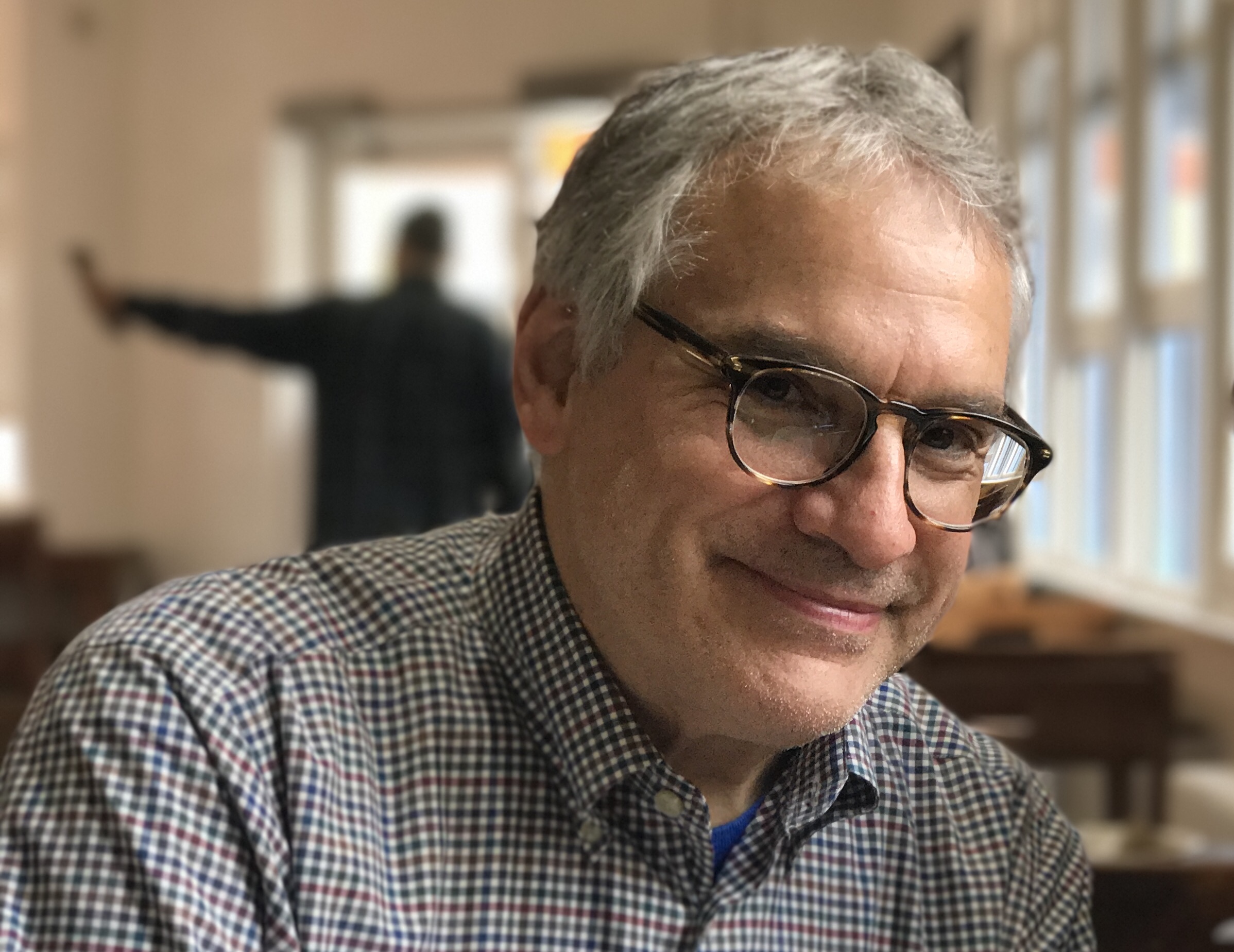 Alan Edelman is a native of Kansas City. He received his Bachelor’s Degree in Child Development and Education from the University of Kansas, spending his junior year at the Hebrew University in Jerusalem.

Alan attended the Jewish Theological Seminary, New York City, where he received his Master’s Degree in Jewish Education.  He also holds a Master’s Degree in Education Policy and Leadership from the University of Kansas.  Alan’s research focused on restructuring the congregational religious school by integrating informal and family activities into the educational program.

From 1977-1980 he served as Educational Director, Congregation Beth Shalom in Kansas City.

Alan then spent two years as Regional Director of Central States/Provinces Region of the United Synagogue of Conservative Judaism, consulting with congregations as well as coordinating regional youth activities.

On July 1, 1982 he began serving as Executive Director of the Central Agency for Jewish Education of Greater Kansas City (CAJE), a committee of the Jewish Federation.

On October 1, 1994, Alan’s responsibilities with the Jewish Federation were expanded to include community planning, human resource development, identity and engagement, and Israel/Overseas, assuming the role of Associate Executive Director until his retirement in June 2017.

Alan has served on a number of local, regional and continental advisory committees.

His volunteer efforts are focused on inter-faith and multi-cultural programming.  Alan has served as guest theologian in many churches, universities and seminaries.  He has also served on the board of directors for the Midwest Center for Holocaust Education and Notre Dame de Sion School of Kansas City and currently serves as the Jewish Director of the Greater Kansas City Interfaith Council. He is also active in the pursuit of peace between Israelis and Palestinians. He currently serves as the Jewish Director on the Greater Kansas City Interfaith Council as well a member of the board of directors of the Center for Practical Bioethics, Avodah, EmberHope, Schechter Institute and The Florence Melton School of Adult Jewish Learning.

Alan and his wife, Debbie Sosland-Edelman, have three children, Alex, Katja and Jonathan and on June 14, 2014 another child came into his life when his daughter married Ari Fine. In August 2017, Katja and Ari made Alan a proud grandfather when Noa Dorit joined the family. 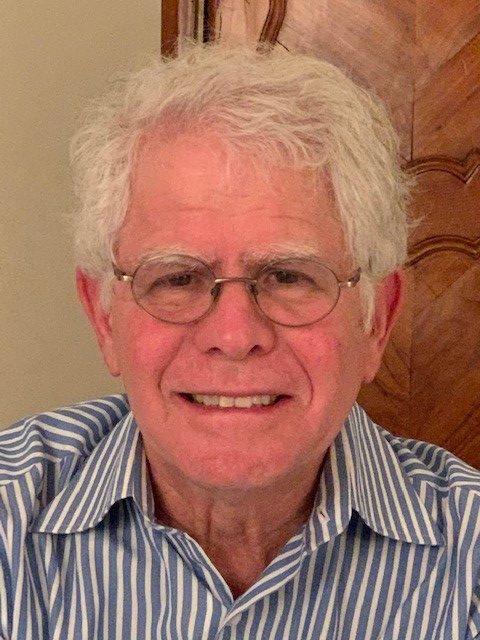 Edward Goldstein retired from a career in the financial services industry.  He worked for Goldman Sachs for fourteen years. While in New York he was responsible for institutional accounts in the Middle East and Japan. He moved to Tokyo where he opened the Goldman Sachs U.S. equity department. After leaving Goldman Sachs, he moved to Memphis, TN. where he was a partner in a money management firm.

In addition to the JCRB|AJC board, Edward serves on the Executive Committee of the Jewish Community Foundation and Menorah Heritage Foundation. 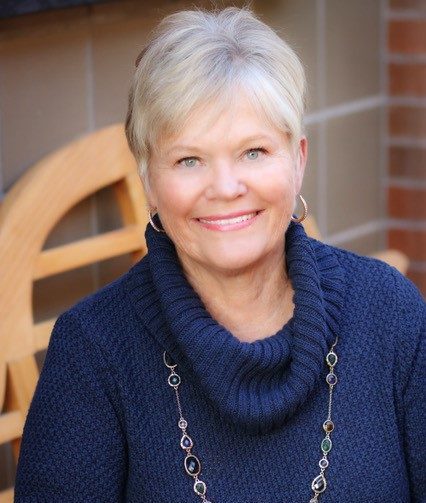 Gail is a lifelong not-for-profit development professional, donor, board member and volunteer. She was the Financial Resource Development Director of the Jewish Federation of Greater Kansas City for fourteen years . International travel, primarily to the Former Soviet Union and Israel, were part of her job. This helped develop Gail’s deep interest and connection to different cultures and faith’s.  Previously, Gail held the position of Marketing and Development Director at Lakemary Center. Lakemary serves children and adults with developmental disabilities.

Gail is currently on the board of the Jewish Community Relations Bureau/ American Jewish Committee and  Faith Always Wins Foundation. She received a BS degree from the University of Colorado, Boulder. 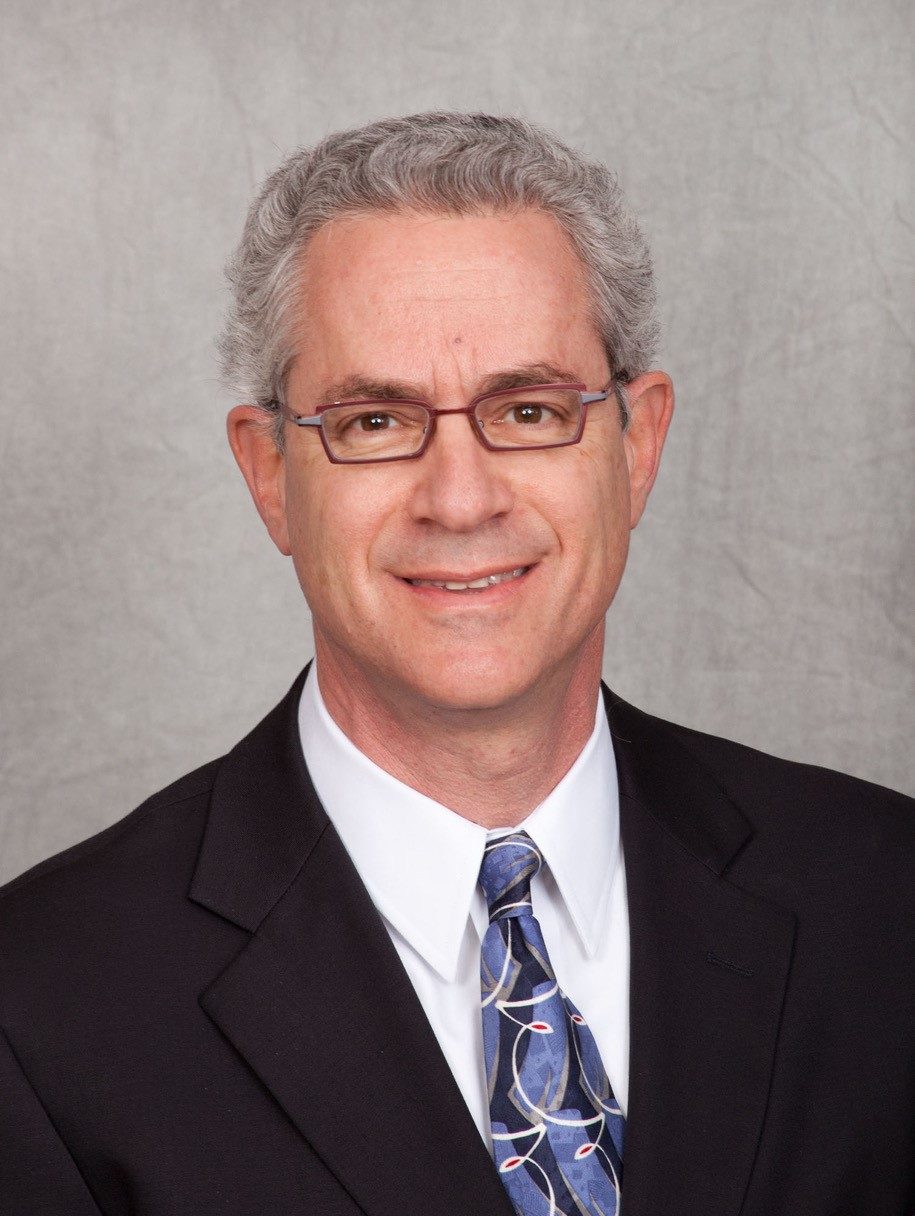 Howard Mayer currently serves a co-chair of the Muslim Jewish Advisory Council of Kansas City.  He is also a vice president of the Jewish Community Relations Bureau|AJC, and a vice president of the Menorah Heritage Foundation.  In the past he served on several boards, including as president of The Temple, Congregation B’nai Jehudah, chairman of The Kauffman Fund for Greater Kansas City, and board member of Boys Hope Girls Hope.  He also served as a CASA (Court Appointed Special Advocate for children removed from their home due to abuse or neglect).

Howard is a retired actuary, specializing in pensions. He is a founding partner of DeFrain Mayer, an actuarial and employee benefit consulting firm. He earned a BA from Oberlin College, majoring in mathematics and economics. 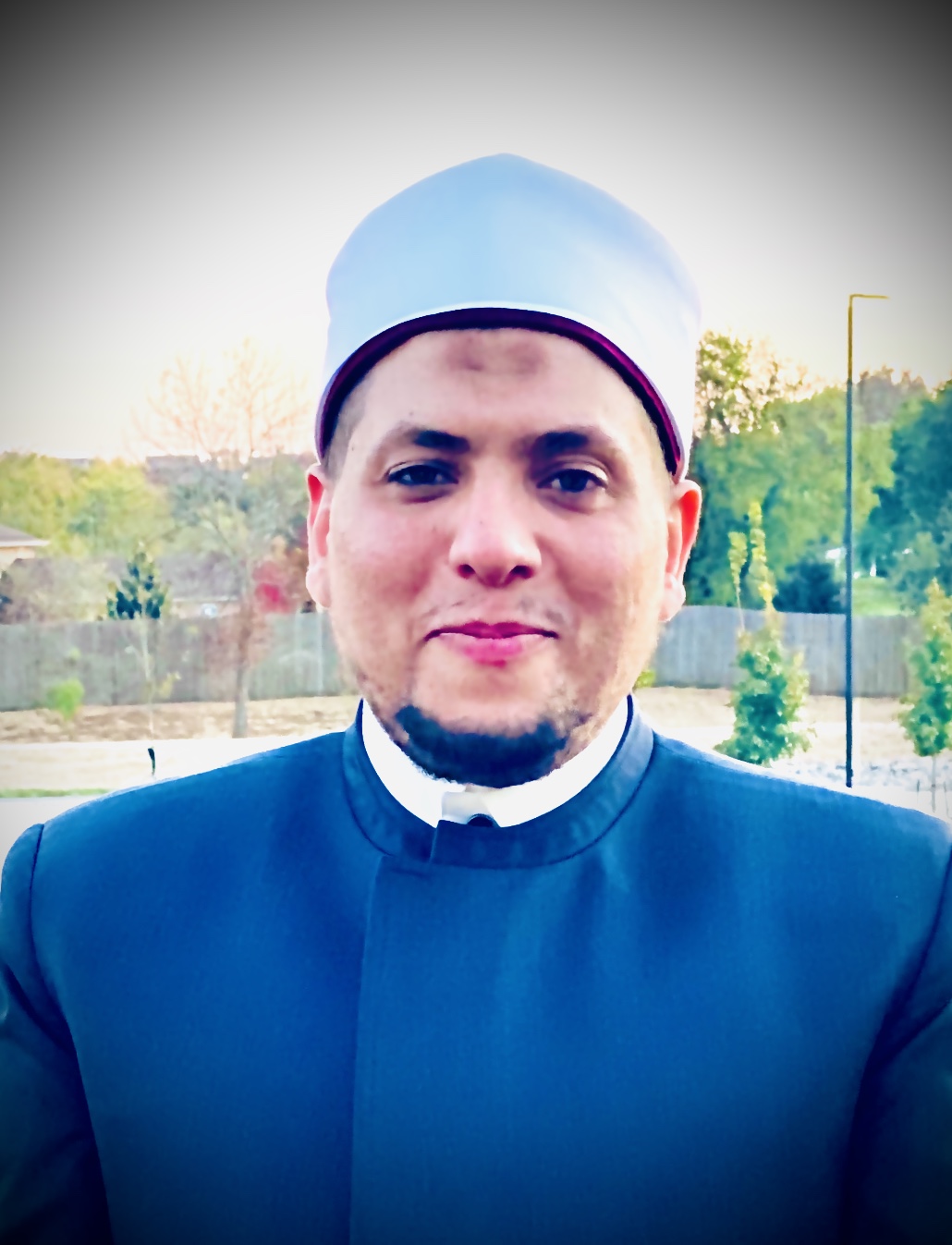 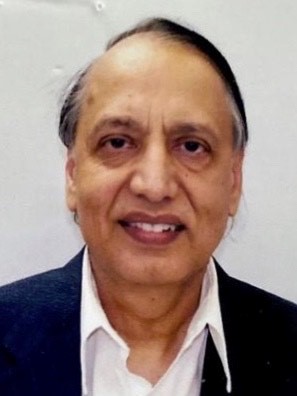 Khalid Hussain is Vice President of the Board of Directors of Islamic Center of Northland, Kansas City, MO. He is one of founding members of ICN.  He is a retired Executive from Public Sector of US Government. Khalid previously worked in private sector as well.  His expertise includes business management, problem solving, Business Process Reengineering and Lean Six Sigma. During his career he led an effort to Re-engineer an Organization from a manual operation to fully automated operation.  His out of box thinking and innovation led him to obtain his first Patents from US Government in 2004.  Subsequently he was awarded six more Patents (2004-2016) ranging from development of new products to designing automated equipment.  Khalid is a member of MJAC, Kansas City. He is currently Executive Director of Education and Interfaith Relations of Al-Noor Quran and Sunday School.

Khalid earned his M.S.A. from Central Michigan University. He also holds a B.S. degree in Computer Science from University of District Columbia, Washington and B.Sc. degree in Physics and Math from Punjab University. 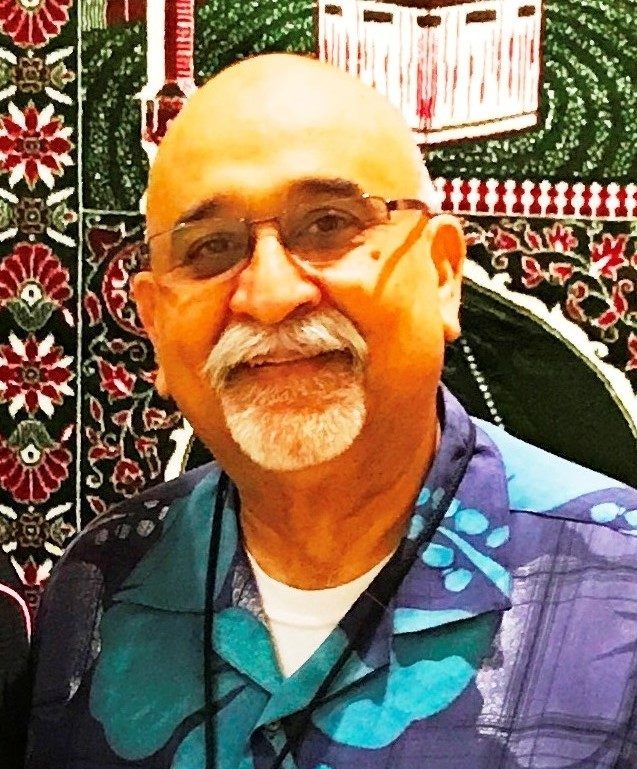 Muhammad Chaudry is a long time Kansas City resident. He is a proud Hallmarker and has been with this iconic organization for over 30 years.  He is passionate about diversity and inclusion. He has worked tirelessly to promote mutual understanding amongst people of different faiths and ethnicities in the broader community. Amongst the many organizations that he has devoted his time and energy for are the Board of Directors of Harmony, Kansas City Commission for Human Relations, Heartland Muslim Council, Pakistani American Society of Greater Kansas City. He is one of the founding members of Crescent Peace Society with the mission of “Enhancing understanding of the Muslim cultures through educational and cultural activities involving the exchange of ideas and experiences among the people of diverse cultures. He has also been a part of Meet a Muslim initiative. He has a passion for building bridges across cultural and religious divides. Muhammad is the Vice- Chair for MJAC, Kansas City. He is the past Chair of AARCH (Asian American Resource Community at Hallmark) He is winner of Crescent Peace Society Special Recognition Award, Hallmark Human Resources Diversity Award, Hallmark CEO Walk the Talk Diversity Award and AARCH Outstanding Service Award. 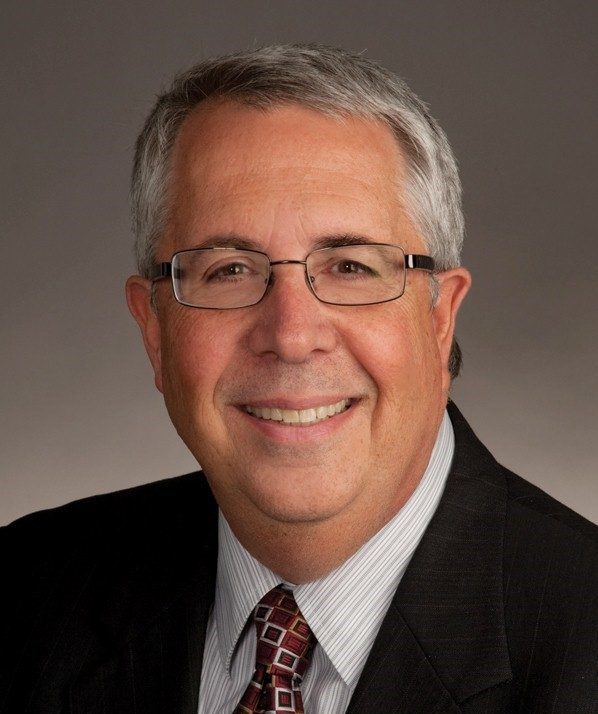 Stewart Stein rejoined the board of directors of JCRB/AJC having previously on our board many years ago. Stewart also serves on the boards of Johnson County Community College Foundation, Village Shalom, and Midwest Center of Holocaust Education. He has served as a past President of Beth Shalom Synagogue and served on many boards of various arts organizations. He recently retired from the practice of law. He and his wife Esther are blessed with six grand children and enjoy travel.